Joe Avati is one of Australia’s top comedy exports sitting just behind Kath and Kim, Chris Lilley and Barry Humphries. He is also the worlds number one selling bilingual comedian. His massive cult following sees him crisscross the globe performing his unique brand of comedy (performing in both English and Italian) on both sides of the Atlantic where he sells out in the United Kingdom, The United States of America and Canada where he enjoys rock star status. This puts him into an elite group of comedians alongside the likes of Jerry Seinfeld, Russell Brand,Robin Williams, Bill Cosby, Billy Connolly and Barry Humphries.

He is the only Australian artist to have had two albums charting simultaneously in the top 5 internationally (‘Livin La Dolce Vita’ and Live and Unpluggato’) and still holds the record for the fasting selling comedy show ever in Canada selling 6400 tickets in 2 hours. He boasts two number one albums in Canada with one of those albums holding the top spot for 18 months straight. What makes this even more remarkable was that Joe Avati was, at the time, only 27.

Joe regularly sells out theatres in his homeland of Australia with his Joe Avati Live tours and has carved himself a reputation for being a shrewd comedy producer with the success of his productions IL DAGO, IL DAGO II, Comicus Erectus and The Good The Bad and The Ethnic which he also starred in. The Toronto Sun labelled him “Pure comic genius” not only for his routines and comedic output (5 live albums and 5 live DVD’s) but also for his ability to market himself through the internet. The Globe and Mail went on to say that Joe Avati is “…one of the planets hottest comics.”

Joe Avati has been dubbed “the biggest comedian you’ve never heard of,”  cleverly staying under the radar and sidestepping the limelight avoiding the media attention usually reserved for acts with a massive following such as his.  He has managed to do so while still being one of the biggest draw cards in comedy around the world today. 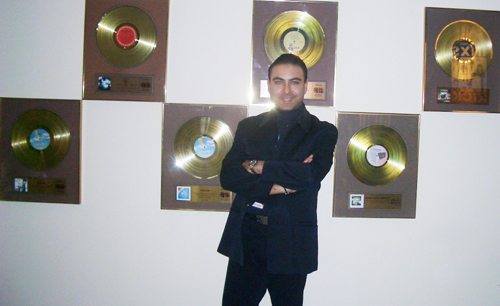 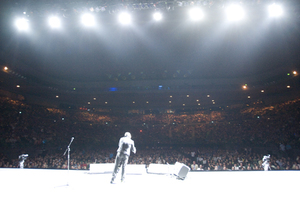 His story begins in Sydney, Australia, where he was born on 23 August 1974. His family moved around a lot. Joe was always the new kid on the block having attended four primary schools and three high schools. He was a very shy child and found it hard to make new friends. Instead of throwing himself into new friendships Avati would instead sit back and observe the world around him. Little did he know that doing this would train and mould his mind into the mind of a great comedian. When Joe was about 9 years old he saw a television documentary on The Beatles. He was fixated from that moment on in pursuing fame. In keeping with his desire to become famous he taught himself to play the piano and guitar and wrote songs. At school he finished with a composition major. He wanted to be a popstar. His idol was George Michael. Even though he never made it as a popstar he did eventually become famous.

But it didn’t always seem that it was going to happen. Since he was a self taught musician he didn’t make it to the conservatorium of music. His parents persuaded him to get a real job and so he turned his back on music abandoning the dream of one day becoming a mega star.

His second love was science and so in 1992 he was accepted into University studying Food Science. He applied himself the same way as he did his music and finished with a distinction average winning accolades along the way and eventually securing himself an honors scholarship. Joe’s first job out of university was at Streets Ice Cream being part of the team that brought the Magnum ice cream to Australia.

While the desire to become famous had almost distinguished itself there was a small flame still burning in the back of his mind. One of his fellow uni mates, Carlos Tapia, noticed that Joe had a great sense of humour and encouraged him to go to a try out night at Sydney’s Original Comedy Store. That he did. It was Tuesday 11 July 1995 when he first stepped out on stage to perform 5 minutes of stand up on try out night. Within 6 months he had been given his first paid spot. He could see that, through comedy, he could now achieve his dream of being famous.

While Joe was performing comedy at the Comedy Clubs around Sydney and Melbourne he was asked to perform in front of a mainly Italian audience. He took this opportunity to perform part of his act in the Italian dialect of Calabrese. No one had ever seen or heard anything like it and his unique brand of bilingual stand up was an instant hit with the audience. He was then inundated with requests to perform at Italian functions in and around Sydney and Melbourne. Each time he did he would add more and more to his repertoire until such a time that he had enough material to tour a one man show. He did this in September 1999. He recorded his first album ‘Livin La Dolce Vita’  on the 10th September 1999 and released it on 19 January 2000 in Melbourne and within months of the release he was touring to packed houses around the country becoming a household name in Australia’s large Italian community. At the same time internet file sharing programs were just taking off. He was in the right place at the right time and via the now defunct Napster program his comedy spread around the world making him a household name in the large Italian communities in Canada, the USA and the UK and technically making him an Internet millionaire, at the tender age of 27.

Over the years Joe has successfully made the cross over to mainstream audiences thanks to his appearances in the hugely successful stage show IL DAGO  and other shows such as ‘IL DAGO II’, Comicus Erectus’‘ and ‘The Good The Bad and The Ethnic’  which he also produced. Watch Joe perform in IL DAGO here.  His body of work is enormous for a comedian his age having released 5 CD’s and 5 DVD’s of his own by his mid 30’s.  In 2012 he released a 5 DVD Box Set containing his entire collection aptly named ‘Joe Avati The Ultimate Collection’. In a nice twist in 2009 he came full circle having been asked to co host a show called Food Investigators whereby he jovially talked about the science of food. Food Investigators went on to be sold into 42 countries around the world.

Joe Avati spends about 9 months of the year touring the globe both as a performer and as a producer. In 2013 he produced and starred in the hugely successful stage show The Good The Bad and The Ethnic as well as starring in and co producing A Very Woggy Xmas which will play in late 2013.

In 2014 Joe will tour The Good The Bad and The Ethnic in Perth and will resume his world tour performing in the United Kingdom and The United States. 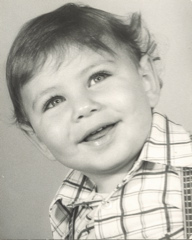 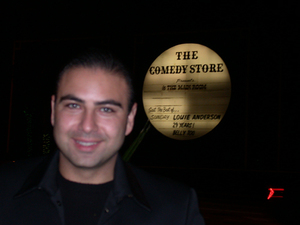 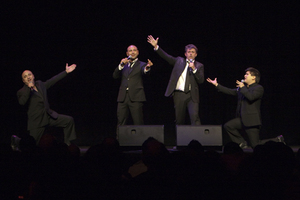 Joe Avati’s comedy is unique in that he performs both entirely in English or in a mixture of English and Italian. It is the latter that made him famous with Italians all over the world. His success is due to a number of reasons. Firstly its his inimitable style of telling stories and being able to extract from everyday situations a raucous laughter from any attentive audience with his observations.  He has that unique ability to be able to say the things that everyone thinks but that no one articulates in their everyday speak. One of the other reasons he has achieved so much success is that when you see him live in concert you don’t just merely laugh for two hours and go home.

Seeing Joe Avati live is an experience taking you on a journey making you question your own life. At the end of his concerts you will hear his audiences in the foyer belt out “everything he says is so true” and on the way home they will recount and hence re live their own childhood stories so in essence the Joe Avati experience continues long after the curtain has come down.

He has the ability to make people feel an instant affiliation with him, he makes them feel proud of their heritage and he made being Italian cool again. Many leaders in the worlds large Italian community have credited Joe as helping re-ignite the passion of being Italian. His comedy brings families together where often three generations of one family will sit side by side enjoying his show. This brings us to one other important point about his comedy. Joe works completely clean – free of profanities and avoids any material which may offend. A unique feat which has drawn comparisons to Jerry Seinfeld and Bill Cosby. 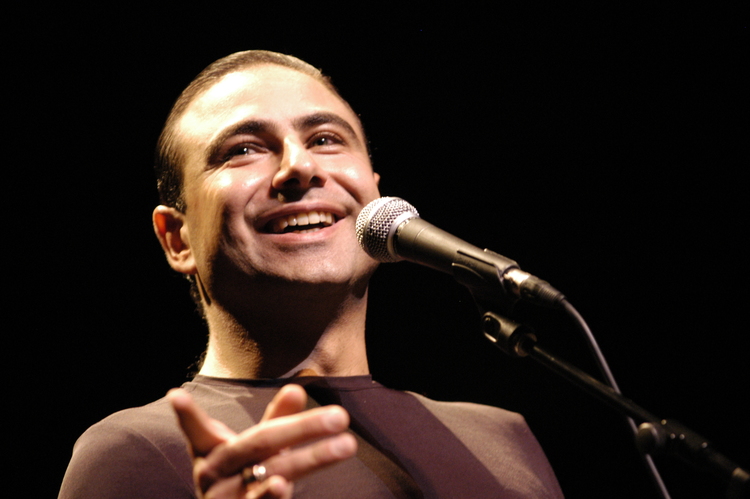